I have the privilege of receiving photos of the work of many talented gamers add collectors interested in our period.

Recently I was sent some wonderful pictures of units from the collection of Gareth Lane. I was very taken with the style of the units and the painting. 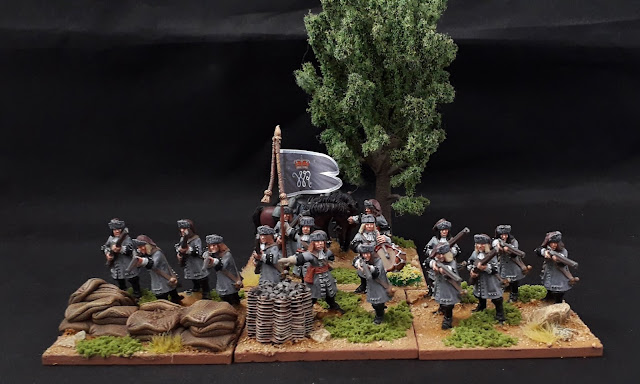 Gareth has used wonderful castings from North Star's 1672 range and has depicted some fine units from the forces of the Dutch...
Posted in Guest Post, Painting, Quindia Studios, The Glorious Revolution, Wargaming

Some excellent photos of Swedish artillery from the collection of Russian enthusuast Alexey Kovshikov.

Alexey wanted me to point out that this outstanding work was done by painter Mikhail Mirosnik.

It shows both Warfare Miniatures and Ebob Miniatures sculpts together.

These blend very well and Mikhail has done an outstanding job in making each piece work.

Thanks for sharing Alexey.

From Russia with Liv.. Guard

by augsburgeroberst July 22, 2019
I am delighted to share the work of Yuriy Hotchkin with Blog followers. Yuriy and his wargaming group are located across both Sankt Peterburg and Moscow and have interest in a variety of periods and scales.

Yuriy sent me some wonderful pictures of his Great Northern War Swedes from Warfare Miniatures.
These are some of the finest painted examples of our miniatures that I have yet seen. 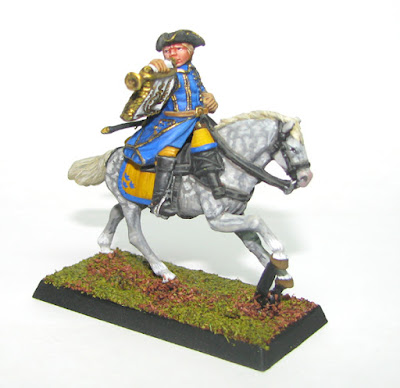 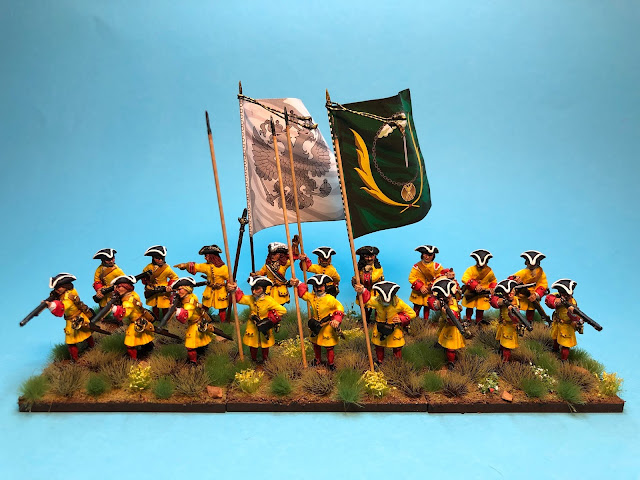 One great thing about the internet is is brings people who would never even know the existence of each other, together. Over the last couple of weeks I have received some wonderful examples of painting from enthusiasts and friends of the blog... 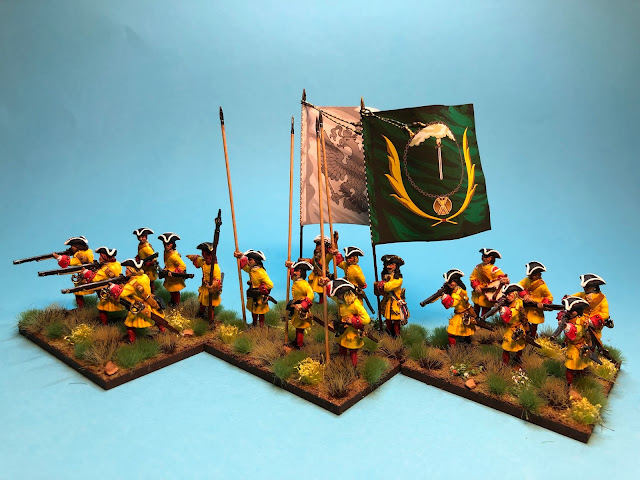 Firstly some GNW Russians from Italy. Dino Todaro whose work was so admired the last time we had it on the blog has sent these pictures of Great Northern...
Posted in Guest Post, Painting, Quindia Studios, The Great Northern War, Warfare Miniatures, Wargaming

by augsburgeroberst May 03, 2019
Friend of the blog and GNW enthusiast Dannie Fogleman undertook some evangelical work on behalf of Beneath the Lily Banners at South Bend, Indiana recently.
Here is the tale of his adventures with some BLB novices.....


We did a BLB3 GNW game at the Seven Years War Association in South Bend, Indiana recently. It was based on the...
Posted in Guest Post, Scenarios, The Great Northern War, The War of Three Kings, Warfare Miniatures, Wargaming

Another amazing diorama from TACTICA 2018 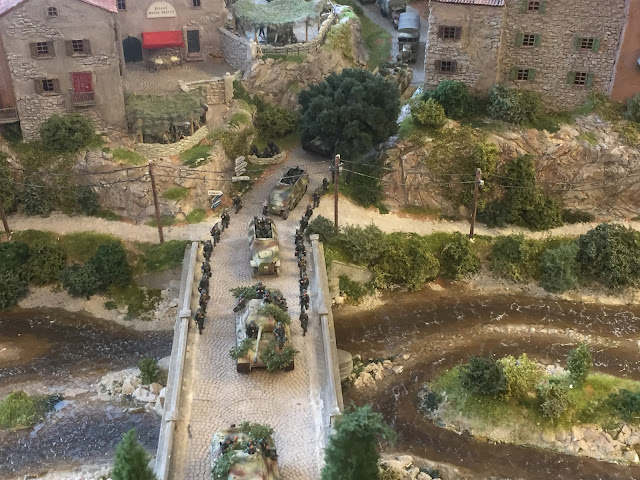 These pictures actually look like photographs of real life. The are from one of two dioramas on display at Tactica 2018 by a German team who create sensational work. 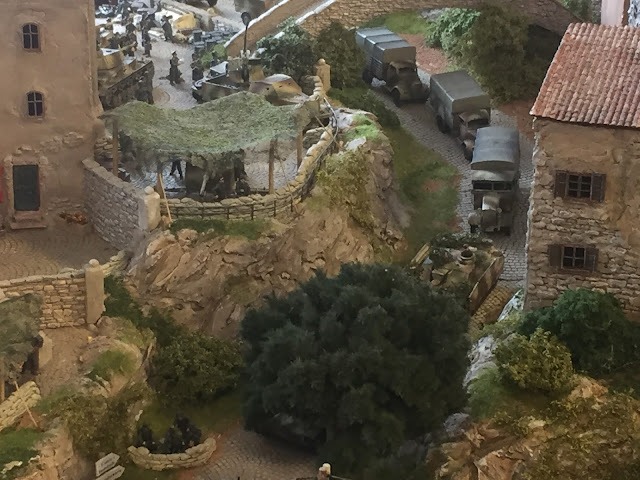 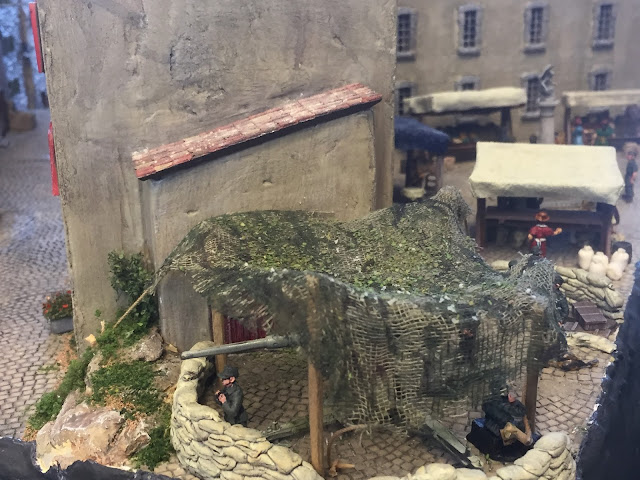 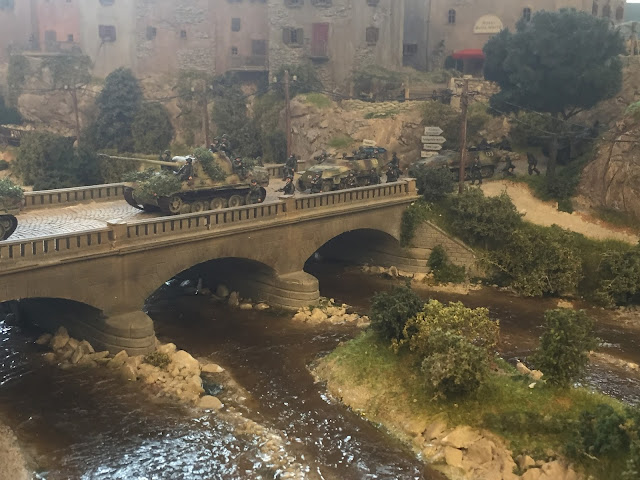 The scene is an Italian town in the later war period with a German Panzer unit moving up to the front. I will let the pictures do the talking. 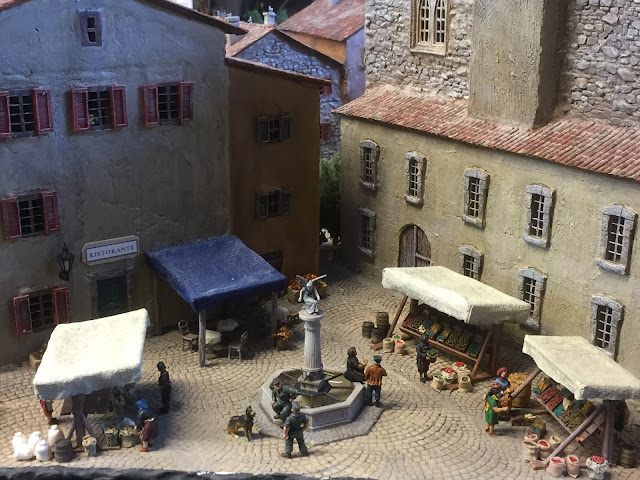 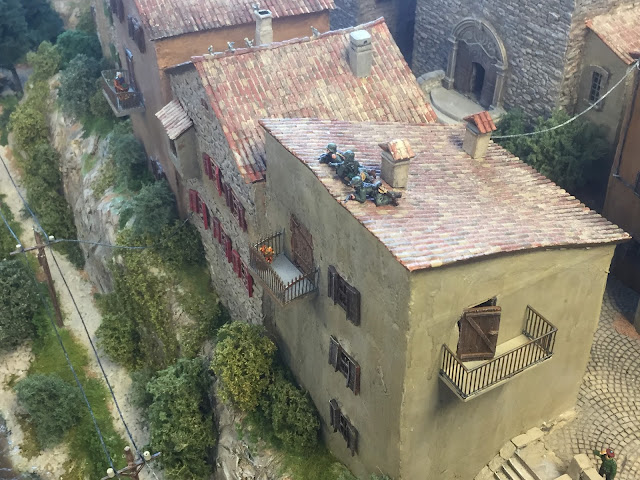 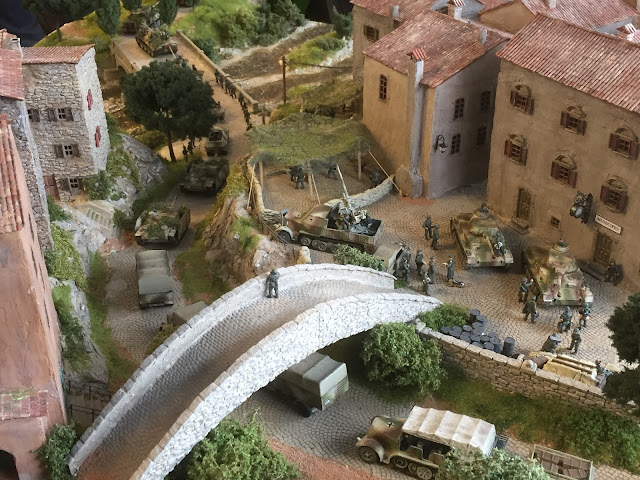 I am not even allowed to use the word snowflake in the house without a censorious eyebrow being raised by my daughter. I know I am not alone in my complete bemusement regarding what people will take offence about next. At work, what my team are now OK to say or not say in terms of illustrating business life lessons is like walking through a minefield (oops, probably not allowed...
Posted in Guest Post, News, Wargaming 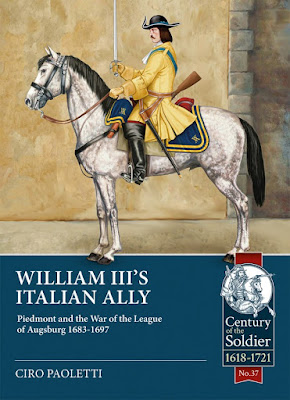 Another generous offer from the Helion Company for members of the League of Augsburg Blog...

William III's Italian Ally: Piedmont and the War of the League of Augsburg 1683-1697 by CIRO PAOLETTI, illustrations by Bruno Mugnai 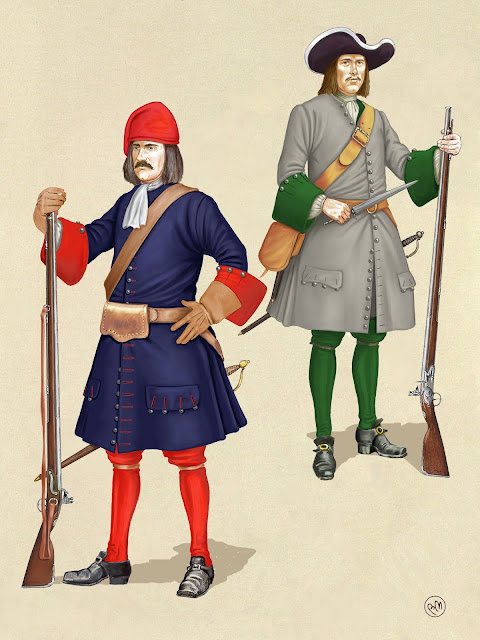 from now till the end of March £25 post free within the UK, at cost shipping for the rest of the world.

To order the...
Posted in Guest Post, News, The Glorious Revolution, Uniforms, Wargaming 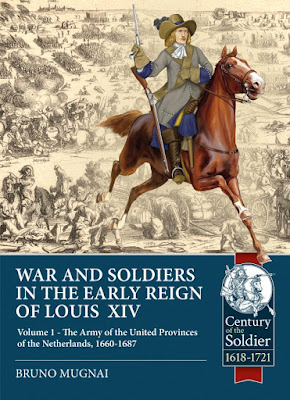 For members of the League of Augsburg blog here in another attractive offer from Helion:


WARS AND SOLDIERS IN THE EARLY REIGN OF LOUIS XIV. VOLUME 1 - THE ARMY OF THE UNITED PROVINCES OF THE NETHERLANDS, 1660-1687 by Bruno Mugnaihttps://www.helion.co.uk/war-and-soldiers-in-the-early-reig…

from now till the end of March £25 post free within the UK, at cost shipping for the rest of the world. 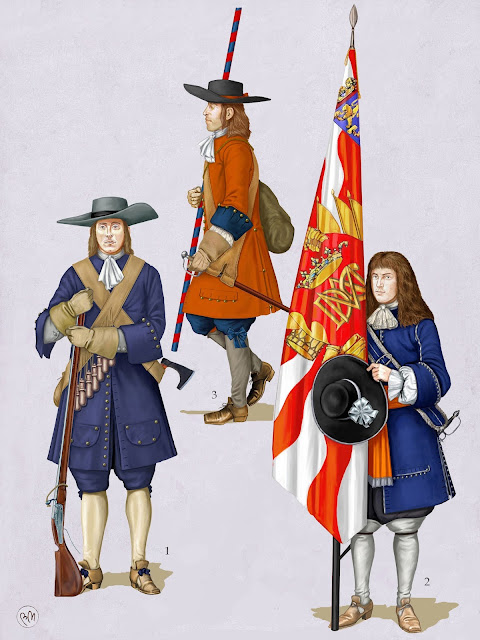 Thomas Grove - I've finally finished all my horse for Rawdon's army! Here they are arrayed for battle. No doubt just fleeing Dromore. LOL 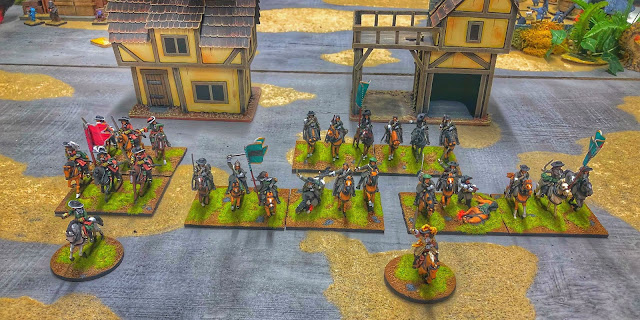 Hugh Magill anchors the flank with his veteran troopers. While Rawdon leads is huge dragoon regiment of 3 squadrons personally. 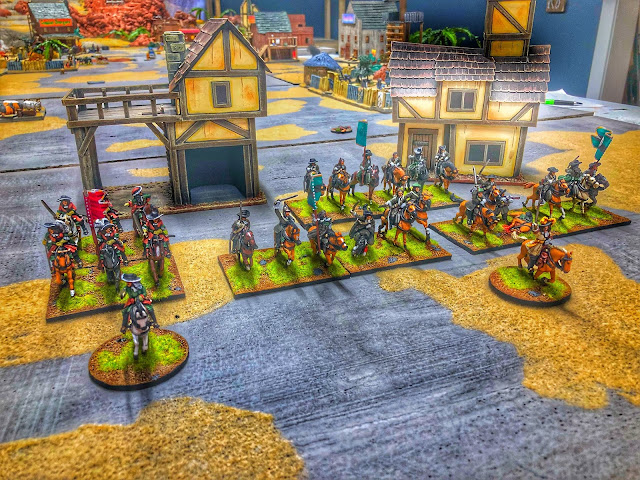 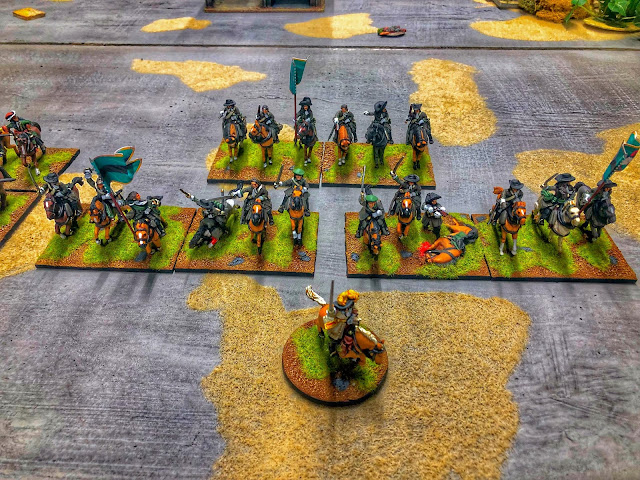 The man himself Arthur Rawdon the Gardner of Ireland! I gave him a fancy uniform laced with gold, and went for a smart Bone colored...
Posted in Beneath the Lily Banners, Guest Post

I do not usually resort to expletives in my blog contributions but today is an exception. Having completed a very successful and enjoyable CRISIS 2018 in Antwerp, Toggy and I had planned an early start on Sunday - breakfast at 0830, on the road for 0900 - Ramillies by 1015, Neerwinden by 1400.
Having checked out at 0900 I reached the car and fumbled in...
Posted in Guest Post, News, Warfare Miniatures, Wargaming

The work of Dino Todaro

Wargaming takes some unusual turns. When we visited Tuscany on holiday I arranged to meet an Italian gamer, collector and painter with whom I had corresponded for a couple of years. When we met in his beautiful home town of Lucca we really hit it off.

Since then we have met...
Posted in Basing, Guest Post, Painting, The Great Northern War, Warfare Miniatures