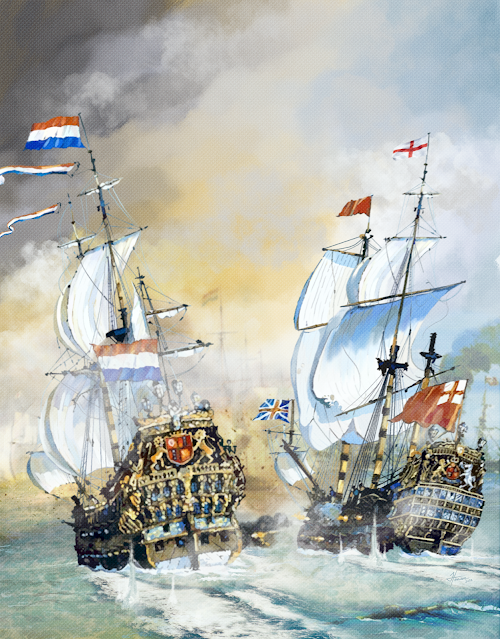 Down to two men for our weekly game I turned to a small scenario I really enjoyed writing and playing solo. It comes from a pair of 4Play packs which I created model the Dutch invasion of England in 1688. I hesitate to use the euphemism which has now become a common descriptor for this foreign takeover. The pool of words deployed around...
Posted in Ark Royal Miniatures, Mad for War, Nine Years War, The Glorious Revolution, Wargaming

Here is the scope and detail of the range as we come close to launch. All packs contain metal bases for each ship.Sails and masts can be bought separately as many who game with galleys do not use sails on the their models and making them an accessory seemed the best way to offer the range. I will go to a pre order stage first with delivery scheduled for January 2022....

This encounter, set around 255 BC sees a Carthaginian relief fleet attempting to land supplies to support a hard-pressed army on the western tip of Sicily near Trapani. The Romans are blockading the island and the escort must penetrate the screen of Roman ships and navigate through narrow island channels to reach a bay in which other...

Part 1: I am looking forward to Christmas because...

..... I will get to play my Christmas game which this year I have decided is a version of the Battle of Öland, June 1st 1676. This will be my largest effort with 1/1200 17th century ships and my target is to included 36 models. That leaves me about four weeks to paint up 7-8 ships several of which are big 'uns.