4PLAY Sample PDF ready - email me if you want it

I am delighted to say my second job (wargaming) has been providing plenty of overtime shifts recently. These have allowed me to get my 4PLAY concept well and truly off the ground. The scenarios are all written for Beneath the Lily Banners (unit games), Donnybrook (Skirmish games) and a soon to be published naval set of rules for the naval games. All scenarios can be...
Posted in Beneath the Lily Banners, Donnybrook, News, Scenarios, The War of Three Kings, Wargaming 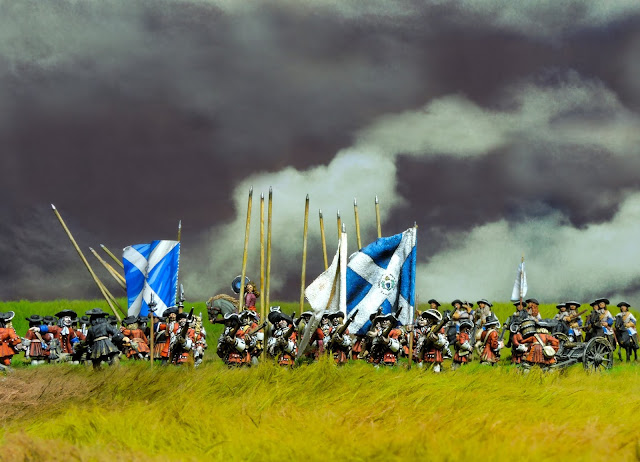 Aha! you say, where is he? Locked up at home and not blogging? Yes but...

I have been using all non-core work time to get these scenario pdfs packs produced from scratch. So far I have created six packs and play tested  and photographed 18 scenarios for inclusion. All the games have brief AARs to help players with tips and recommeded rules or adjustments where necessary. 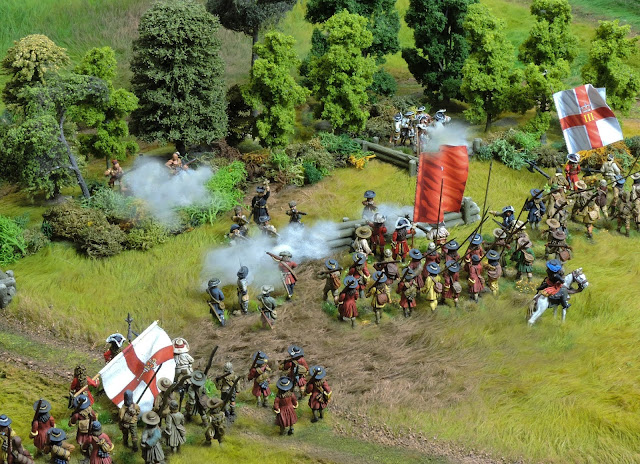 All games are played on...
Posted in Beneath the Lily Banners, Donnybrook, Ireland, News, Nine Years War, Restoration and Dutch Wars, Scenarios, The Glorious Revolution, The War of Three Kings, Wargaming

by augsburgeroberst May 01, 2020
I have been a bit remiss at not posting this campaign report sooner, but, it was a cracker and worth waiting for... Brilliant game, well played by both Dave and Colin.

I may have appeared missing in action over the last few days... not so. I have been using every spare hour to set up, play and photograph small games for a series of pdfs I hope to release within the next 3-4 weeks. This has already involved nine x 90 minute games since Sunday last, with each of them having to be written up as a scenario, photographed and AAR completed. All are based on research I...
Posted in Beneath the Lily Banners, Donnybrook, Ireland, News, Nine Years War, Ottomans, Quindia Studios, Scanian Wars, Scenarios, Tangiers, The War of Three Kings, Uniforms, Wargaming

Beneath the Lily Banners 2nd edition - a hidden stash. 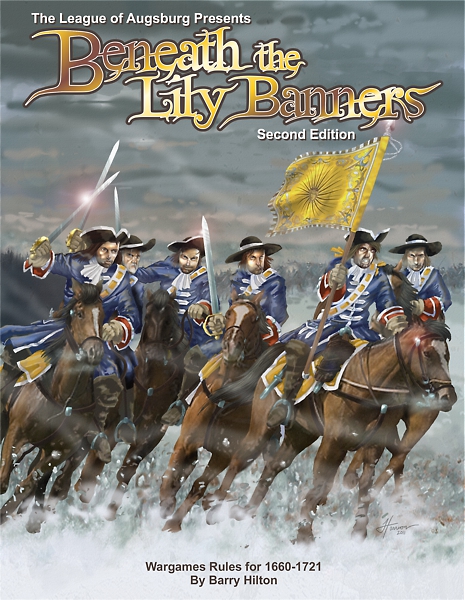 A stock clear out has revealed a few copies of the long out of print Beneath the Lily Banners 2nd edition stuffed away where I'd obviously forgotten about them. The hard copies of this book sold out about five years ago so this was a little bit of a find.

Of these, a couple are in perfect condition. The others all have small blemishes on the back covers. Pictures show the extent of that. The inside...
Posted in Beneath the Lily Banners, News, Wargaming

Perhaps inappropriate that on the eve of such a Christian holiday, I am showcasing some Ottoman troops but, that is just the way the painting schedule has gone over the last few weeks.

The enforced home stay has been fantastic news for my projects and here is day 1 of a four day run of Ottoman cavalry in their full tabletop glory.

I knew I was going to be pleased with these even before arranging...
Posted in Basing, Beneath the Lily Banners, Modeling, Ottomans, Painting, Warfare Miniatures, Wargaming

His wonders to perform... God and the Medway Estuary

by augsburgeroberst April 06, 2020
I actually wrote this piece last year and made a conscious decision to give up flying about two weeks later. I have am pleased to say I have only been in a plane eight times since. Of course, the current situation makes flying almost impossible anyway. Good, we're saving the planet.

I do a lot of flying....
Posted in Modeling, Restoration and Dutch Wars, Scenarios, Terrain, The High Seas, Wargaming

In my continuing Covid-induced privateer laboratory I decided to blood some ships I had painted a few months back just because I had them. A few packs of Chinese pirate junks which I had intended to use specifically to run out against European vessels exploiting the riches of the South China Sea.