by augsburgeroberst September 20, 2020
This is the first in a series of Derry packs. It focuses on the events which sparked the conflict - the arrival of the Earl of Antrim's Regiment to replace Lord Mountjoy's Regiment as garrison. Nothing out of the ordinary there, one unit replacing another however, Derry was a Protestant town populated by planter families, many from London...
Posted in Beneath the Lily Banners, Donnybrook, History, Ireland, Limerick, Nine Years War, Scenarios, Siege, Terrain, The Glorious Revolution, The High Seas, The War of Three Kings, Warfare Miniatures, Wargaming

This one came together very quickly in terms of content and choosing the actions to include. The games mainly use 4playX table sizes with eight units per side and gaming for eight turns. I have not fought these battles before in all my years of gaming the period nor, have I seen them demoed on the circuit. That is a little surprising when the...
Posted in Beneath the Lily Banners, History, Ireland, Limerick, Nine Years War, Scenarios, Siege, The War of Three Kings, Wargaming 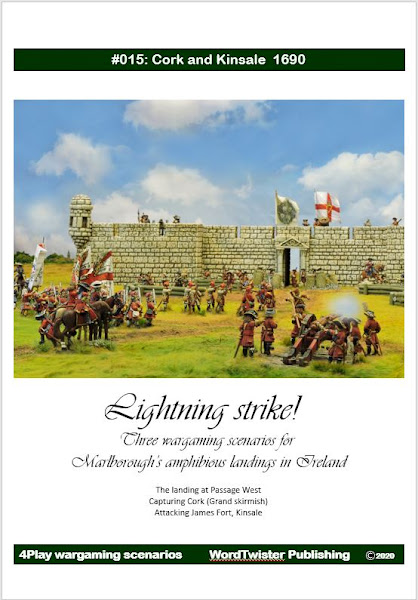 I am absolutely delighted to have completed these four new scenario packs. They are now released and available in the online shop. These cover some exciting and unusual campaigns or, novel twists on better known campaigns. I will detail each in a separate post but suffice it to say, even if you are familiar with these events, you will find a new angle on each in the packs. 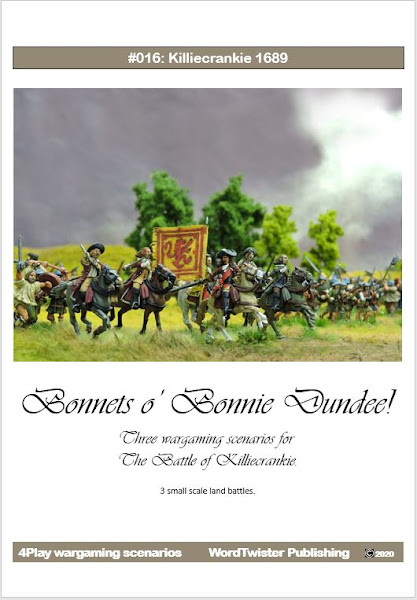 Exactly a year ago I was sitting in a very quiet part of Mallorca planning the next book. It'll be quick I told myself. Six months maybe. Well, it is just about ready and it took a year. It would have been sooner but Lockdown affected the layout process. That's all done now. It is a 128 page scenario book for Beneath the Lily Banners and is called 'A taste of...

I have been holding back on certain posts for a while simply because I wanted to see how things were unfolding with Covid and supply chain issues such as manufacturing and master moulding.

Things are slowly getting resolved but overall, I will have to implement wholesale changes in the way that I get products to market.Ultimately, that will be to everyone's benefit but during the transition,...