Whiskey in the Jar-oh! Part 6: Characters and stuff

Hogan’s role in this scenario is as a scout and not a fighter. He provides the Jacobite player with some extra options which emphasize his local knowledge and cunning.

·       Hogan and the Shannon: Hogan can change the position of the ford! When he writes down the designated crossing point at the start of the game...
Posted in Beneath the Lily Banners, Donnybrook, Ireland, Scenarios, The Glorious Revolution, The War of Three Kings, Warfare Miniatures, Wargaming

by augsburgeroberst November 04, 2019
March 19, 1689
Scenario name: Schomberg's reinforcements
Baert has word of a troop convoy bound for either Hoylake or Belfast. It is carrying English and Dutch soldiers to Ireland to fight King Louis's cousin James II. His ships left Dunkirk three days ago and are approaching the convoy from the north and windward. He is ordered to sink or capture as many of the transports as possible. The convoy is...
Posted in 17th century naval campaign, Ireland, Restoration and Dutch Wars, The High Seas, Wargaming

by augsburgeroberst October 29, 2019
Here are the first five missions for the chosen fleets in overview. One has already been fought, I have written orders from another and await the instructions of the remaiing Generals at Sea.

In no particular order: 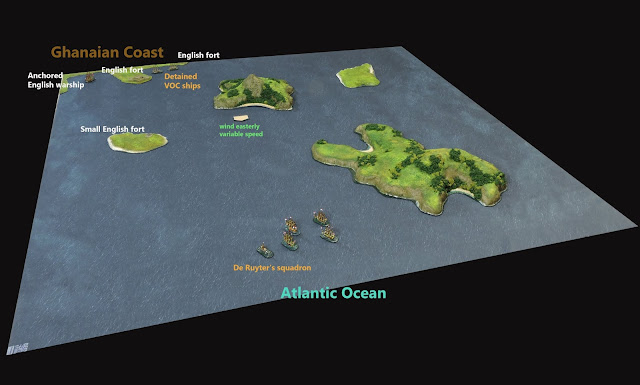 The Dutch East India Company (VOC) has been building trade via Gold Coast ports for several years. The...
Posted in Ireland, Restoration and Dutch Wars, Scenarios, The Glorious Revolution, The High Seas, Wargaming

The dust is settling.. With Talon and Claw reflections and a QRS!

The book reached its first customer on August 16th and now seems to have arrived in most corners of the globe. It was a massive relief to finish this project which had been all consuming for over eighteen months.

The final decision to print is always a bit like betting £50,000 on red. You know there is a risk that something will not be right but having checked and checked, you can't find it. It was...
Posted in Beneath the Lily Banners, History, Ireland, King William's War, News, Quindia Studios, Scenarios, The Glorious Revolution, The Great Northern War, Wargaming 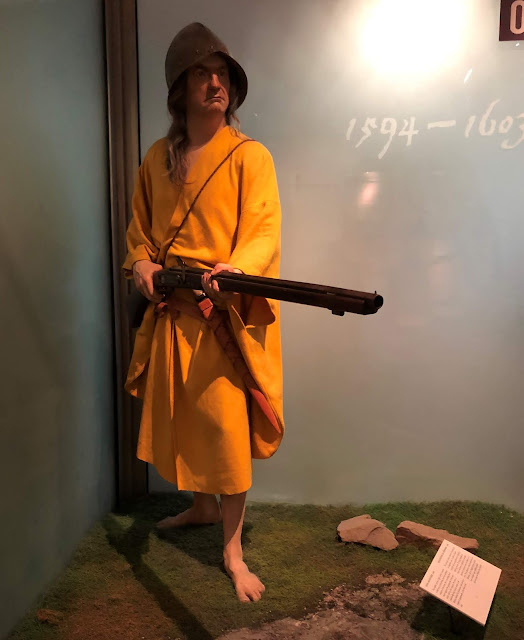 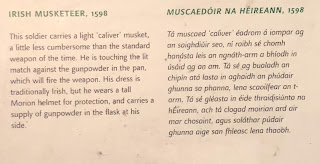 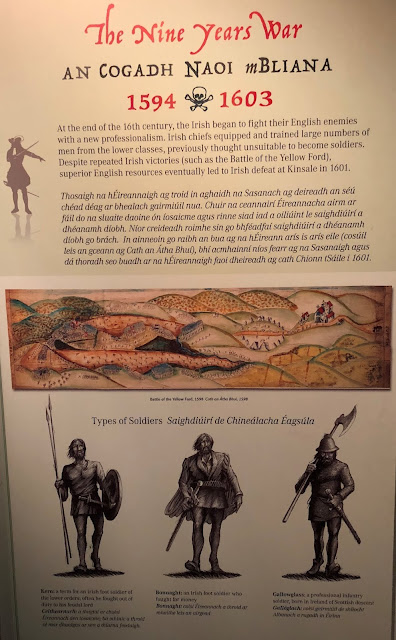 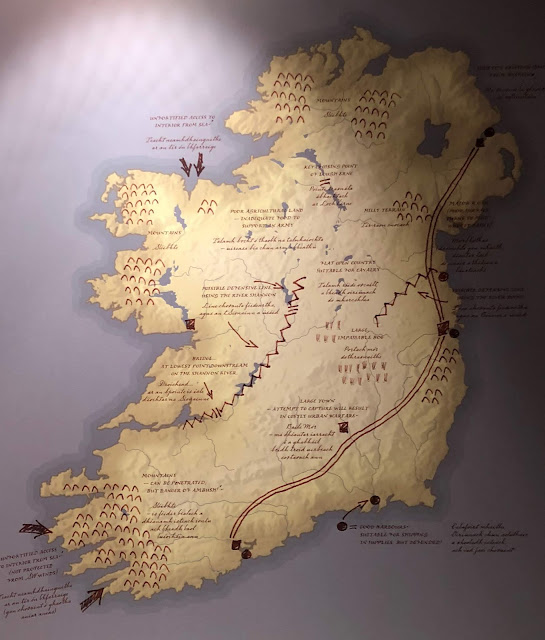 the 17th/18th century exhibits.  The section begins with a ' How would you invade Ireland?'  map with some notations on it. 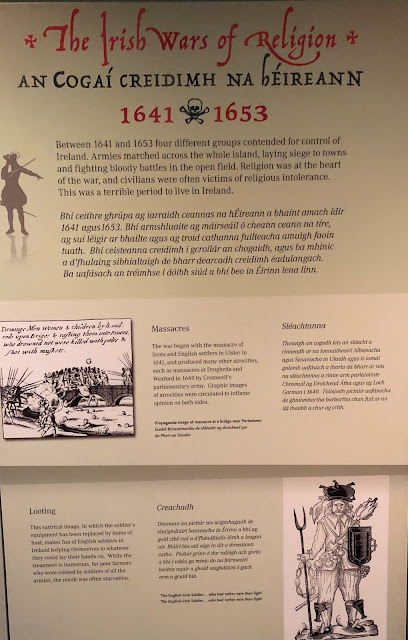 We them go into the period of the Confederate Wars and the Cromwellian occupation. The mannequins were particularly good. 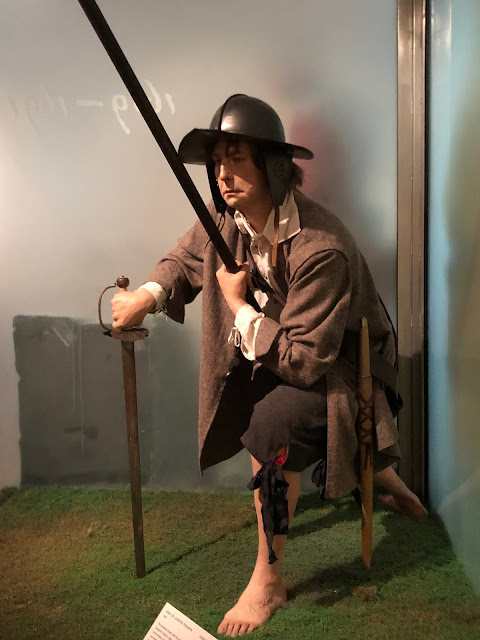 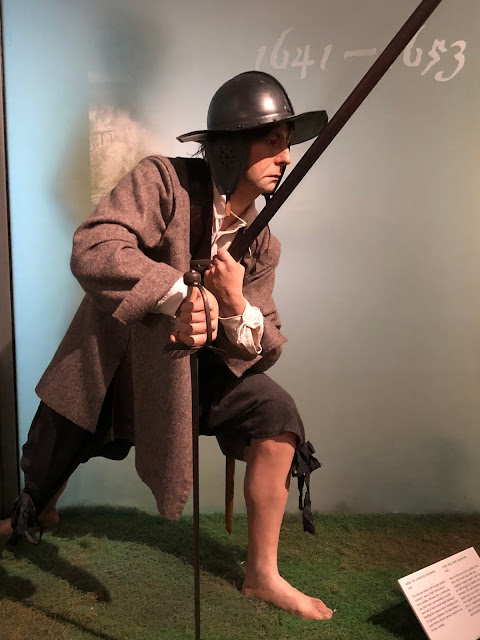 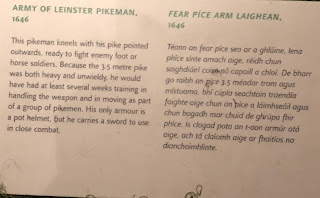 I was very taken by the simplicity of the Jacobite...
Posted in History, Ireland, Museums, Uniforms

I squeezed this in whilst speaking at a conference in Dublin. What a wonderful find it was. In this first post I thought I would trail the variety of fantastic and interesting militaria contained in a very substantial and well laid out national museum. I visited the Collins...
Posted in History, Ireland, Limerick, Museums, The Glorious Revolution

Did you hear the one about four Dutch Heokers? December 1689.


William III and his army landed at Carrickfergus, Ulster in August 1689 and the international struggle for Ireland began. His army was ill-served by its officers and during the terrible winter camp at Dundalk thousands of men died from disease. The situation was disastrous and...
Posted in Ireland, Scenarios, The Glorious Revolution, The High Seas, Wargaming

by augsburgeroberst June 05, 2019
This second scenario using my 1/2400 ships is based on the events of May 11, 1689 when Admiral Herbert's English fleet attacked a French fleet under Admiral Chateaurenault in Bantry Bay on the south west coast of Ireland. It also gets me back to Ireland and my favourite theatre of the entire period.

The historical action was inconclusive and involved 24 French and 19 English vessels. Most were 3rd,...
Posted in Ireland, Limerick, Painting, Scenarios, The High Seas, Wargaming

by augsburgeroberst May 28, 2019
The second part of my piece on Lord John Cutts of Gowran.

What he did best
His speciality was leading assaults into the breach. Many of his wounds were received in such situations. He seemed to gravitate towards peers and superiors with a similar disposition to his own. One such, Thomas...
Posted in History, Ireland, Limerick, Siege, The Glorious Revolution, The War of Three Kings, Warfare Miniatures, Wargaming

One to One wargaming - table top reality

Figure gaming usually falls into some broad categories in terms of scale. Firstly there is the model scale and secondly, the model to man ratio.

Typically 40mm, 28/25mm, 20mm, 15mm, 10mm, 6mm are the most common categories for the former. Of course there are several intermediate scales and some...
Posted in Basing, Beneath the Lily Banners, History, Ireland, Modeling, Terrain, The Glorious Revolution, The War of Three Kings, Warfare Miniatures, Wargaming

One to one wargaming: expanding the idea

I was very pleased that the first post on this subject was popular and that visitors were stimulated to consider the implications of frontages, deployment, fire methodologies and movement around the battlefield and its table top imitation.